900 more 1st Responders have died because of their selfless actions at Ground Zero...

The tour is the co-production of the 9/11 Patch Project and Xtreme Valor, a company owned and operated by two of FDNY's bravest. 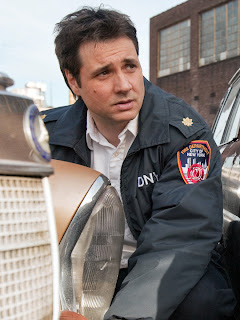 At the center of the event is an actor/comedian who is best know for his role as Chief "Needles" Nelson on the FX series Rescue Me. Adam is currently the co-host of Top Gear America and also has several Comedy Central hits to his name. Here is a message from Adam.

This event will not be successful without the participation of Southern California residents, local fire departments and the quests of Firehouse World. $911 Lifetime Sponosrships are also being offered to offset the nearly $12,000 costs associated with putting on a show of this caliber.

To help out with a sponsorship or attend the event, please follow this link with all details about this great night of comedy and fund raising: ALL ABOUT THE TOUR