Nothing Sacred | No One Safe 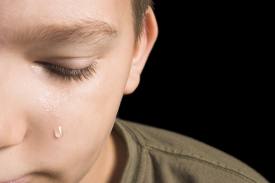 If I told you there were three things we could change in the United States to slow down the killing--would you read on?

Another phrase to abolish in 2013: "Nothing like this has ever happened in our neighborhood." In our nation, it seems as if nothing is sacred and no one is safe. Whether it is the killing of innocent children by a deranged young adult or an old psychotic killer setting a fire with the intent to shoot and kill responding firefighters, there are no boundaries for such senseless and horrific pre-calculated murders in our country.

The media sensationalizes each event and we are glued to our TV's wanting to know more about each killer. But that is part of the problem. In fact, the very first thing we need to do is to stop spotlighting these killers--don't give these heartless animals the infamous ending they are looking for. It seems as if it is getting to be all about who can do the most damage, break the most sacred boundaries and accomplish the greatest amount of kills.

Let's try this: Put a ban on profiling killers in the media. Don't show their pictures--don't talk about their parents or how great a student they used to be. Give their sex, age and call it a day. We already know they have mental issues. We already know no one had a clue they would snap and become a mass murderer. Don't let the cowards get the publicity they starve for whether they off themselves or surrender to the police. Don't show their trials, don't put them on the front pages of our nations papers and don't make them the never ending story on television news or the Internet. I would guess for many, that they would reconsider their murderous spree if they knew they would not be named or have their picture posted all over the world's media outlets.

Secondly, parents need to raise their kids and not let them raise themselves. This is a true grass-roots-effort to try and keep our kids from growing up to be killers. We need to keep our children close and know what they are in to at all times. When they are 13 and they yell at us to stay our of their room, we need to calmly go back in--even if we stand there and do nothing we are doing a lot. Many children go astray and we as parents take the easy route by letting them. Don't yell at your kids as you lose control and they gain it. Be firm with punishment and stand your ground. Children need leaders as parents so they can learn to become good followers. If work, money and "your personal time" are more important to you, then you should make the decision to not have children. If you are too stressed with how your kids are controlling you, watch some "Dr Phil" and learn from other dysfunctional families. As American's we need to get back to traditional values and take our families back!

The third thing we need to change is to lead a defensive life style. Does that mean carrying a gun? Not necessarily and in most cases, not. When my 16 year old son first learned to drive the most important thing I taught him was to drive like others in front of him are drunk, running red lights or suddenly appearing out of side streets. If your eyes are constantly scanning in front of you from right to left, you will greatly minimize getting into a traffic accident. I have driven this way for 35 years and never been hit by another car. When you leave the market at 11pm scan the parking lot and have your key in hand. When you get in your car, lock it immediately. When you go to the mall or public places where there are many people, scan the crowds and look for people who are out of place. If you see one, follow them at a distance until you feel they are not a threat. Lastly, if you are are in  public place and shots ring out--if you are close enough, jump on the shooter. If not you, who? By the time someone else reacts, there may be 20 dead bodies around you. Sure you may get shot attempting this, but it is better than being executed while you lay on the ground.

Domestic terrorism is the relevant issue. We need to look closer at the people around us who are "Americans" like us. We live in  country and at a time where we have a greater chance of getting shot to death in a mall, school-ground, fire scene, theater, office place or just about anywhere else that people gather, than we do of being killed by another plane being flown into the skyscraper we work in.