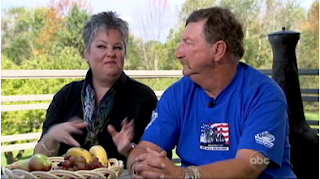 20/20 had a great segment this past Friday called, "Bringing Hero Home," a very touching story about a soldier killed in the line of duty and how they were able to bring a dog he cared for over in Iraq, back home. His father can be seen here wearing the blue t-shirt with one of the 9/11 Patch Project designs on it. 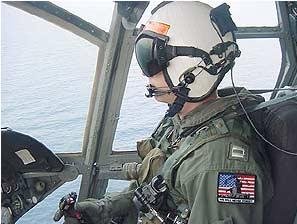 Many of our deployed troops have been wearing one of the 9/11 Patches since March of 2002 when a Navy Pilot and Navy SEAL introduced them while deployed in Afghanistan. The soldiers wanted to wear them alongside U.S. Fire and Police personnel as a sign of unity. LTJG Everett Alcorn can be seen wearing one of the 9/11 Patches in this photo, flying a mission somewhere over the waters of Afghanistan. Alcorn was assigned to the Helicopter Combat Support Group- HC6. He bought 200 patches and handed them out to his fellow pilots stationed on his Air Craft Carrier.

Shortly after Alcorn brought the 9/11 Patches to his fellow soldiers, a Navy SEAL from Team 1 Hotel Company, added the 9/11 Patch to his military issues. A San Gabriel Firefighter, who participated in the project back in 2002, was good friends with the SEAL and sent him the patches.

Over the years, the 9/11 Patches have become very popular gifts for soldiers deployed overseas. Like the dog in the story, soldiers are always looking for things to increase their morale. To order the patch that can be seen in the photo at the top, click HERE to get a huge discount. To order a t-shirt with the patch design on it, click HERE.
Posted by 9/11 Patch Project at 2:18 PM